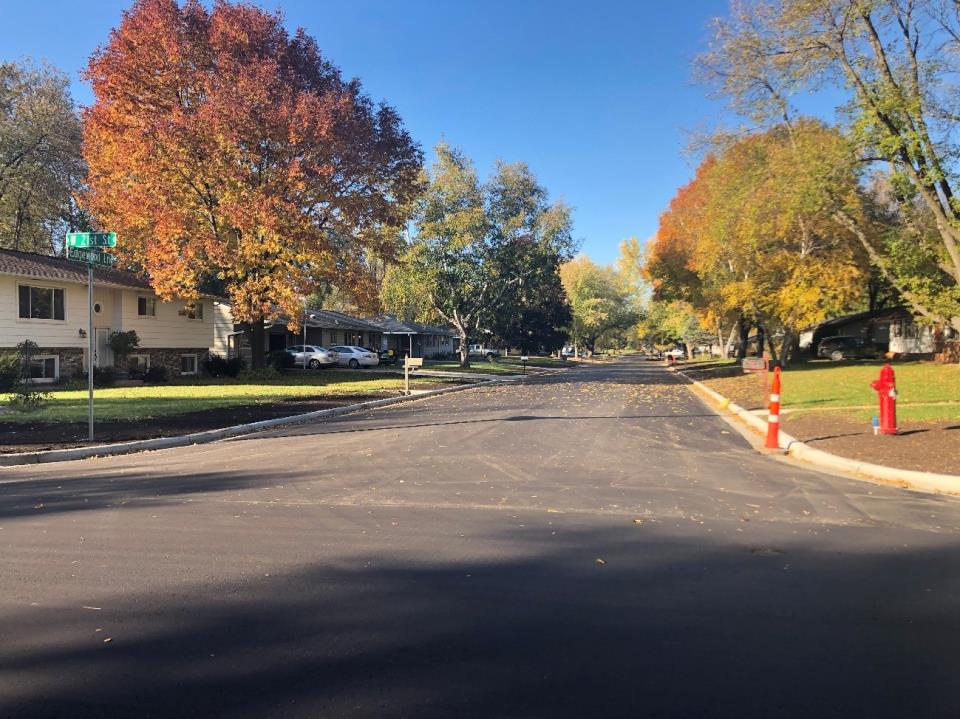 A photo of brand new pavement along one of the streets in the 2019 Neighborhood project.

Project Information
This project will consist of several different intensities of street and underground municipal utility reconstruction activities (replacements and repairs of sewer, water, & stormwater drainage infrastructure) along 15th Street between Tyler Street and Pine Street, and in the area of Cannon Street.  An illustration of the project areas can be found on the Project Map available further below under the Project Resources section.

Property owners who would be impacted by the proposed project were sent an invitation from the City to attend one of two open house meetings that will be held during the week of January 20th at Hastings Resurrection United Methodist Church.  A copy of that invite letter and the communications survey that was enclosed with it can also be found below.

This project is tentatively set to be up for final City Council consideration in March.